By: Helen
In: Workshops
Tagged: bread

What better way to start the new year than learning how to make bread: all those new year’s resolutions about eating more healthily and experiencing new things rolled into one.

So, last Saturday I went on a bread course with Danielle Ellis of Severn Bites, who trained in France, so is really knowledgable about classic french bread. (We originally met whilst doing a Charleston workshop, but that’s another story.) I love making bread and thought it might be a good idea to find out how to do it properly. Some of you will know that I make my own bread on quite a regular basis, and I am an avid Great British Bake Off fan, so I thought I knew a thing or two about making bread, well I found out I didn’t know half as much as I thought! And, who knew, Bake Off may not be the best source of knowledge for bread making.

It was great to be able to make bread from start to finish, with Danielle there to show us exactly how to carry out each stage. Watching an expert knead dough was a revelation, it was so much gentler than I had expected. 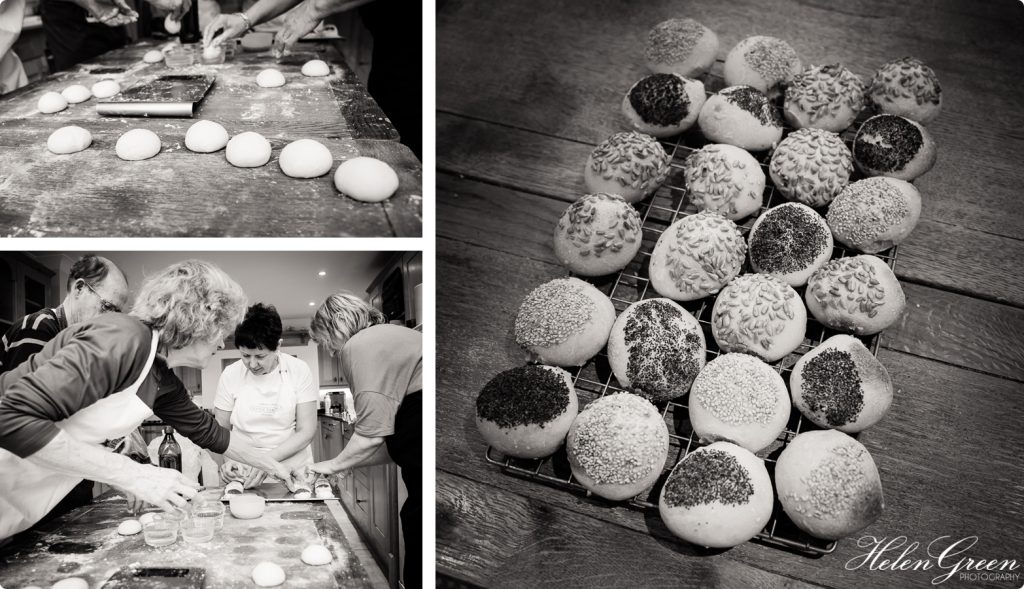 I also had my eyes opened to just how critical temperature is, not just the oven, which really needs checking with an oven thermometer, but room, flour and water temperature, which need to be in balance. The tepid water referred to in many recipes is far colder than I had guessed.

We also discovered how important it is to score/slash the top of the loaf in exactly the right way before putting it in the oven; gentle, but firm and just the right depth. On taking the loaves out of the oven, we found that two had risen pleasingly with that much-desired oven spring (the technical term for the final burst of rising just after a loaf is put in the oven and before the crust hardens) but two had remained rounded and slightly flat, meaning the crumb would be more dense and heavy. I managed to get my hands on one of the well-risen ones, even though I suspect mine may have been one of the flatter ones. 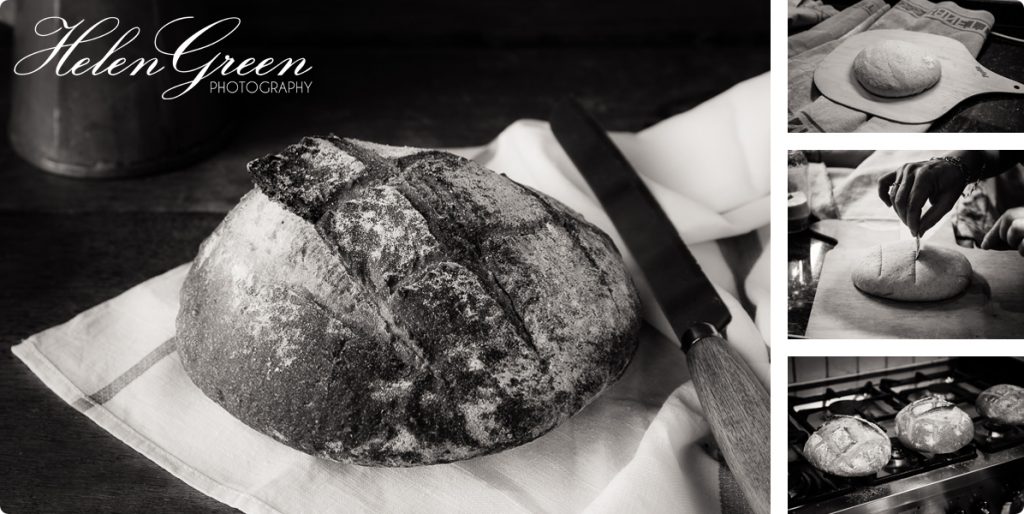 We fitted a lot into an afternoon, as our group of four managed to make rolls, small baguettes and a round white loaf and I can’t wait to put into practice all the things I learnt.

Would I go on another course with Danielle of Severn Bites?

Yes, definitely. I still have a lot to learn. I would thoroughly recommend this course to anyone who would like to make their own bread, whether you have some experience or even if you are a complete beginner.

Ask Danielle about any future courses: click here for the link to Severn Bites