I can’t think why I haven’t made these before, I used to love them when I was a child, although we used to call them dead fly biscuits! And they are super easy to make, no difficult processes at all. In case you were wondering, Garibaldi biscuits were named after Giuseppe Garibaldi, the Italian general who fought to unify Italy after he had made a celebrated visit to Britain in 1854. See Bee Wilson’s article for further details.

I have to confess I made these a few weeks ago and am catching up, as the house is a building site and baking is very tricky at the moment, not impossible, but tricky. When I made these the house was still a building site but the kitchen was not the no-go zone it is now. I know it’s going to be fantastic when it’s finished, but at the moment I am not even meant to walk in it. 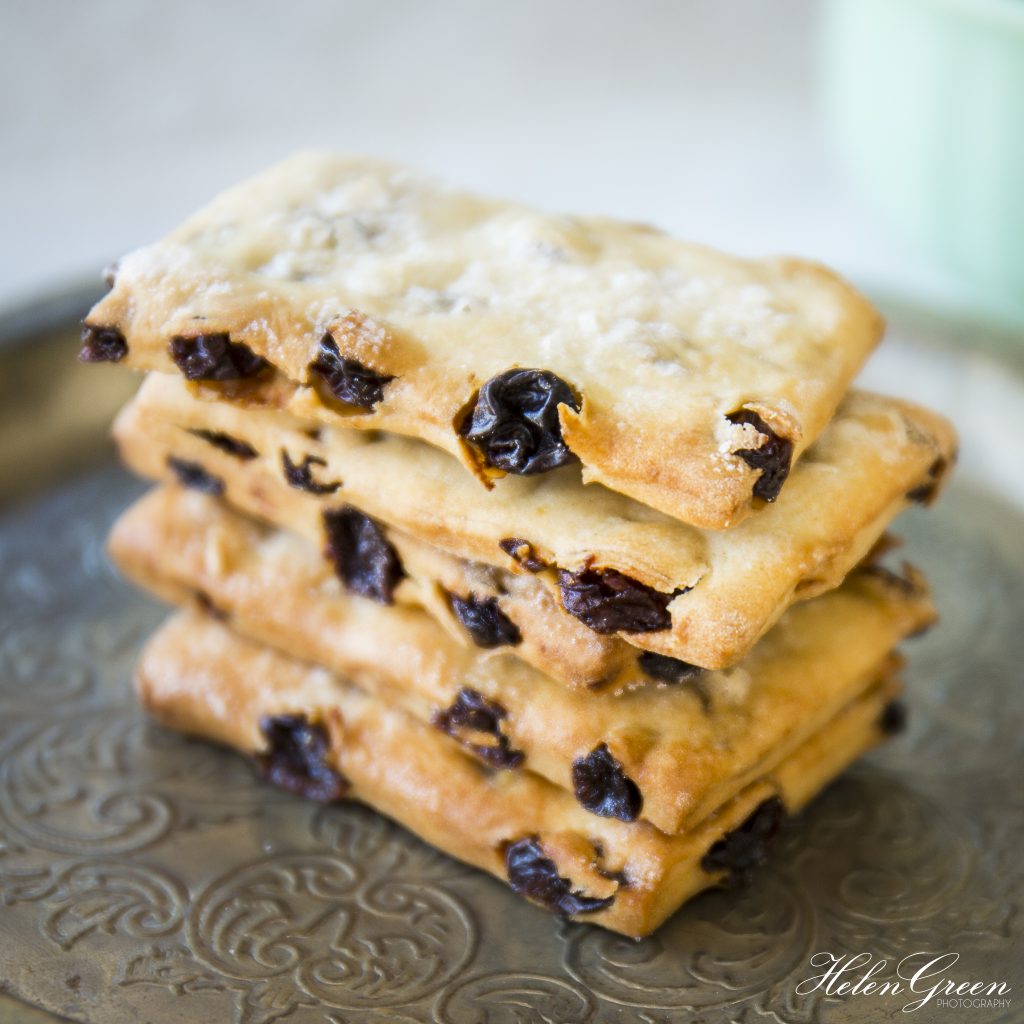 3 tabs milk, plus extra for brushing

Preheat the oven to 170C fan. Line a couple of baking trays with baking parchment.

Either by hand or using a food processor, rub the flour, baking powder and sugar into the butter. Add the egg and milk and bring the dough together, but don’t overmix it.

Flour the work surface with a good sprinkling of flour and roll out the dough to an oblong about 20 x 30 cm. Scatter the raisins and lemon zest onto one half. Add more raisins if it doesn’t look enough! Fold the other half over the fruit. Roll out to the same size it was before scattering the raisins.

Cut into neat oblong biscuit shapes, more or less the same size. Transfer to the baking sheets. Brush the tops with milk, then sprinkle with some caster sugar. Bake for about 15 minutes until golden brown.

Would I make these again?

Too right I would. I just need a kitchen to do it!