Hark back to Summer with homemade Peach Cake

It’s so nice to cook again! Having not had a kitchen for so long, being able to mooch around in the kitchen cooking unnecessary things feels such a luxury. So, I had thought about doing a healthy January type recipe, but then I quickly recovered and I found some lovely ripe fresh peaches that made me think of Summer, so I decided to make a tasty-sounding peachy cinnamon yeast-based cake that I found in Anne Shooter’s “Sesame & Spice” recipe book.

I pretty much followed the recipe as given in “Sesame & Spice”, which is available in all good bookshops.

The cake is called “Peach ‘coffee cake’ with cinnamon streusel” and is on page 176 of my edition. Don’t be mislead into thinking that it includes coffee, as I was. Apparently these type of cakes are called ‘coffee cake’ as they are eaten with a cup of coffee. On that basis all the cakes I make should be called tea cakes!

The recipe worked very well, although I did find that I needed to increase the baking time to about 50 mins rather than 30 mins, possibly because my baking tin is slightly smaller at 22cm rather than 23cm. 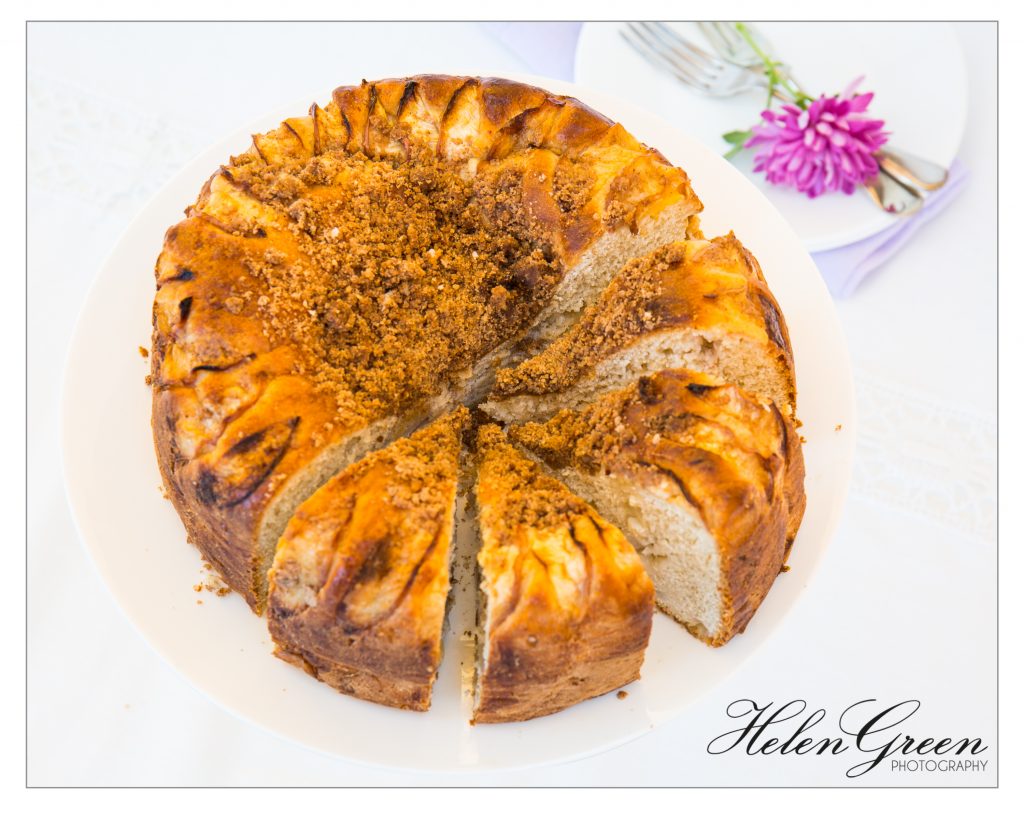 Probably. This peach cake has a lovely light doughy texture, however the peach flavour didn’t come through very strongly. Perhaps it would be better if I put cinnamon in the cake itself rather than just the topping.