It’s British Pie Week #britishpieweek so I wanted to make a pie I had never made before, something a bit more challenging than an apple or gooseberry fruit pie (and anyway, it’s too early in the season for those), so I settled on a game pie. I have always liked pork and game pies and once had a really fabulous one that has stayed in my memory, still warm from the oven, from a butchers in Yorkshire. It was the same day that I bumped into Paul Hollywood, who was there to film a feature on the oldest sweetshop in the world. But that is another story!

I have never made hot water crust pastry, and I was surprised how easy it turned out to be. I shouldn’t speak too soon in case it all goes wrong next time, but it was actually easier than standard shortcrust pastry; no need to rub in the fat, just melt the water and lard together (I know how it sounds, but it tastes good) mix into the flour and it’s done. In fact the whole pie was relatively easy, I wouldn’t say it was quick, the cooking time alone is about 3 hours, but there were no tricky techniques to master.

It turned out well and was really tasty. I know there are a few bits that look slightly burnt on top, but that is just where the fat escapes and is all part of the recipe, well that’s my story and I’m sticking to it.

I used the recipe from Delicious Magazine shown here.

I followed it almost to the letter and found it worked well. I used mainly venison, but also some mixed game including pheasant and wild boar, as well as the bacon and pork mince. The only thing I found was that the quantity of meat was more than would fit into my pie. I guess my pie tin must have been smaller, so I just cooked the extra amount in two small tins as a terrine.

Yes, it tasted great. However it is a very, very large pie, so I won’t need to make another one for quite a while. 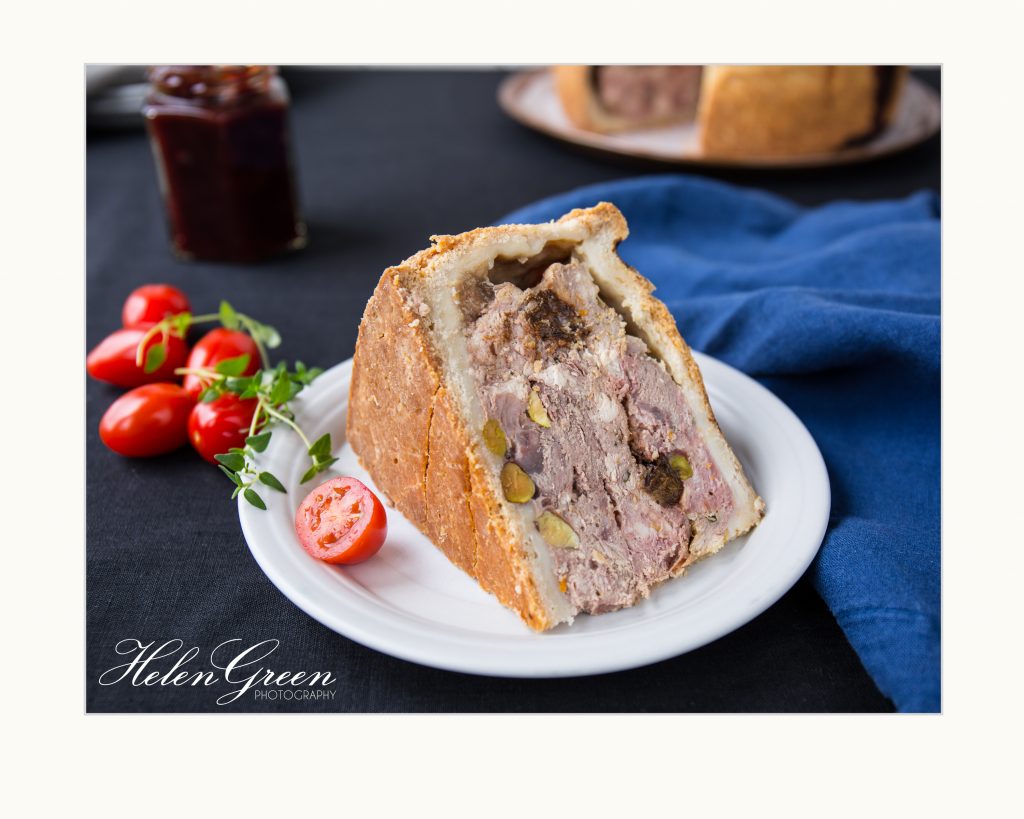